Andy suggested a cold weather camping trip, and I suggested the Kenosha Pass/Michigan Creek area. No fires (as in, a fire ban and no existing wildfires) and a fairly clear & sunny forecast, plus decent hiking and good company made it a pretty easy choice. We only ended up staying overnight, but enjoyed it all the same. 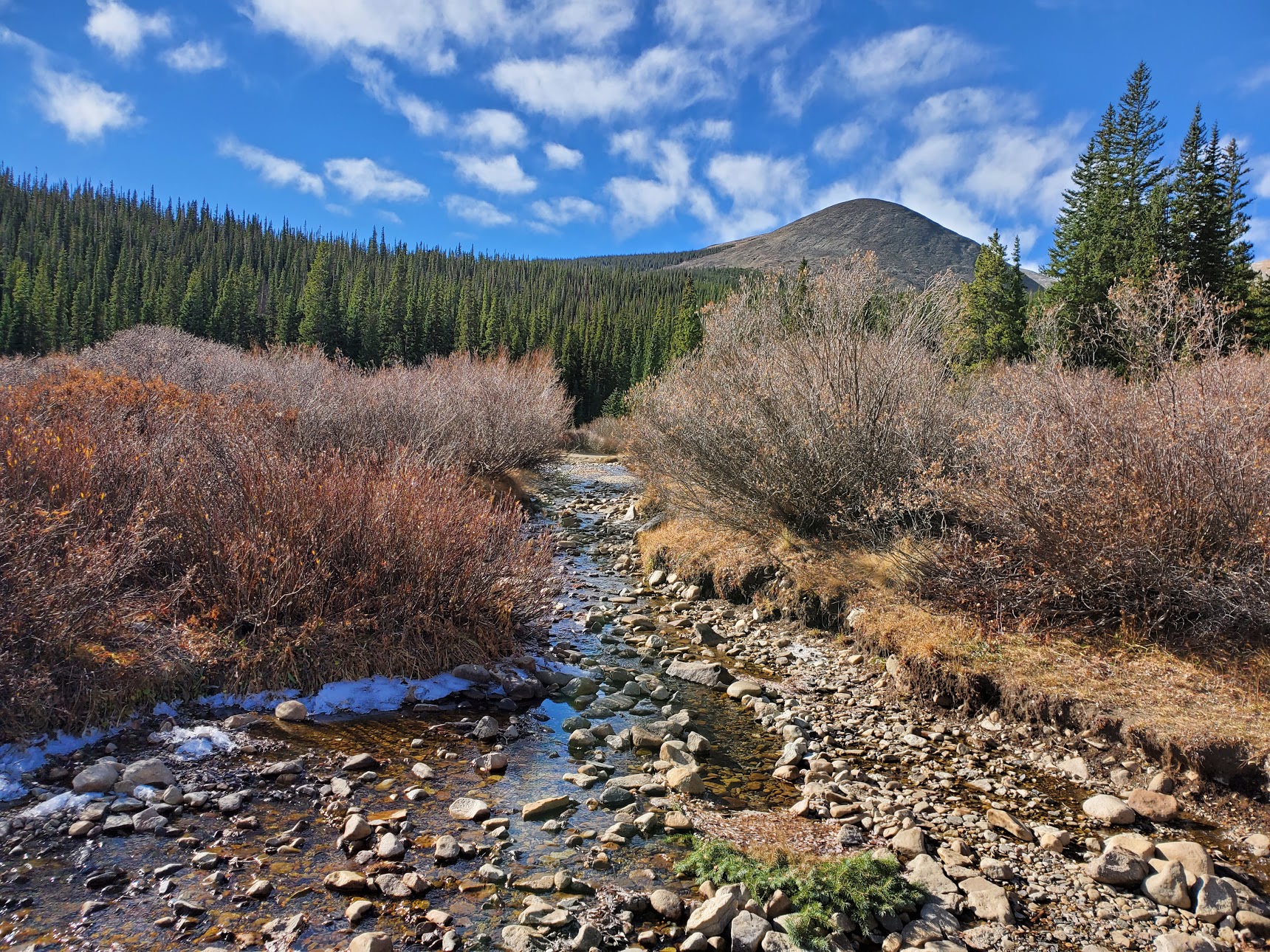 Having scouted the Georgia Pass area the weekend prior, Andy had found us a good spot where we could get a few cars in. Adjacent to French Creek, I enjoyed the prospect of drinking delicious ice-cold (literally, ice forming along the banks) fresh mountain water…but my hands did not like the idea, and I had 20L of water with me already…so not this time. 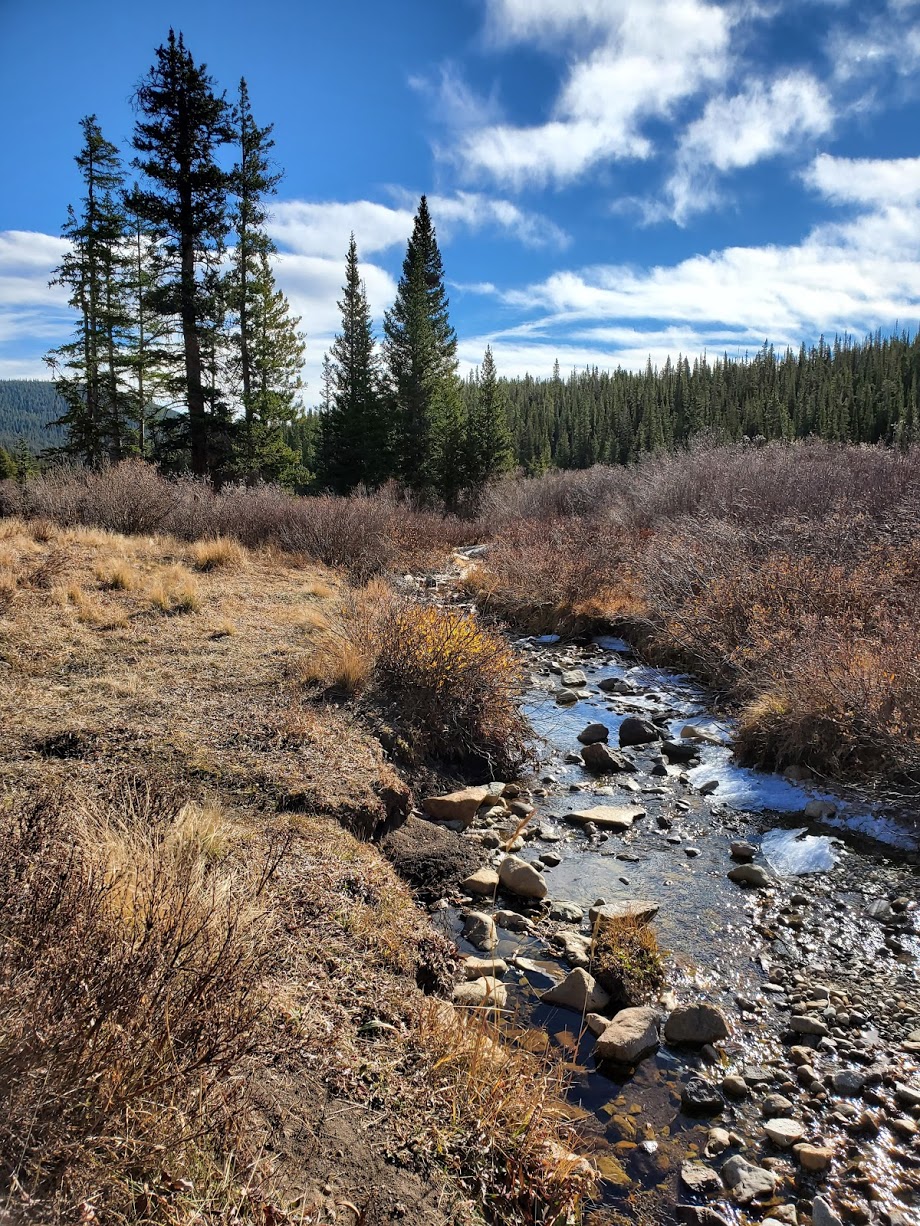 I should have thought ahead and brought a black bag to collect trash, as this site was obviously popular with shooters & OHV riders during the warmer months. Maybe I should just get a roll of bags to keep in the car.

My Alltrack is long, certainly longer than the Versa. With the seats folded down, I can actually fit pretty comfortably…laying down. My tent has about twice the headroom, but given the wind and the below-freezing temps, I decided to sleep in the car. 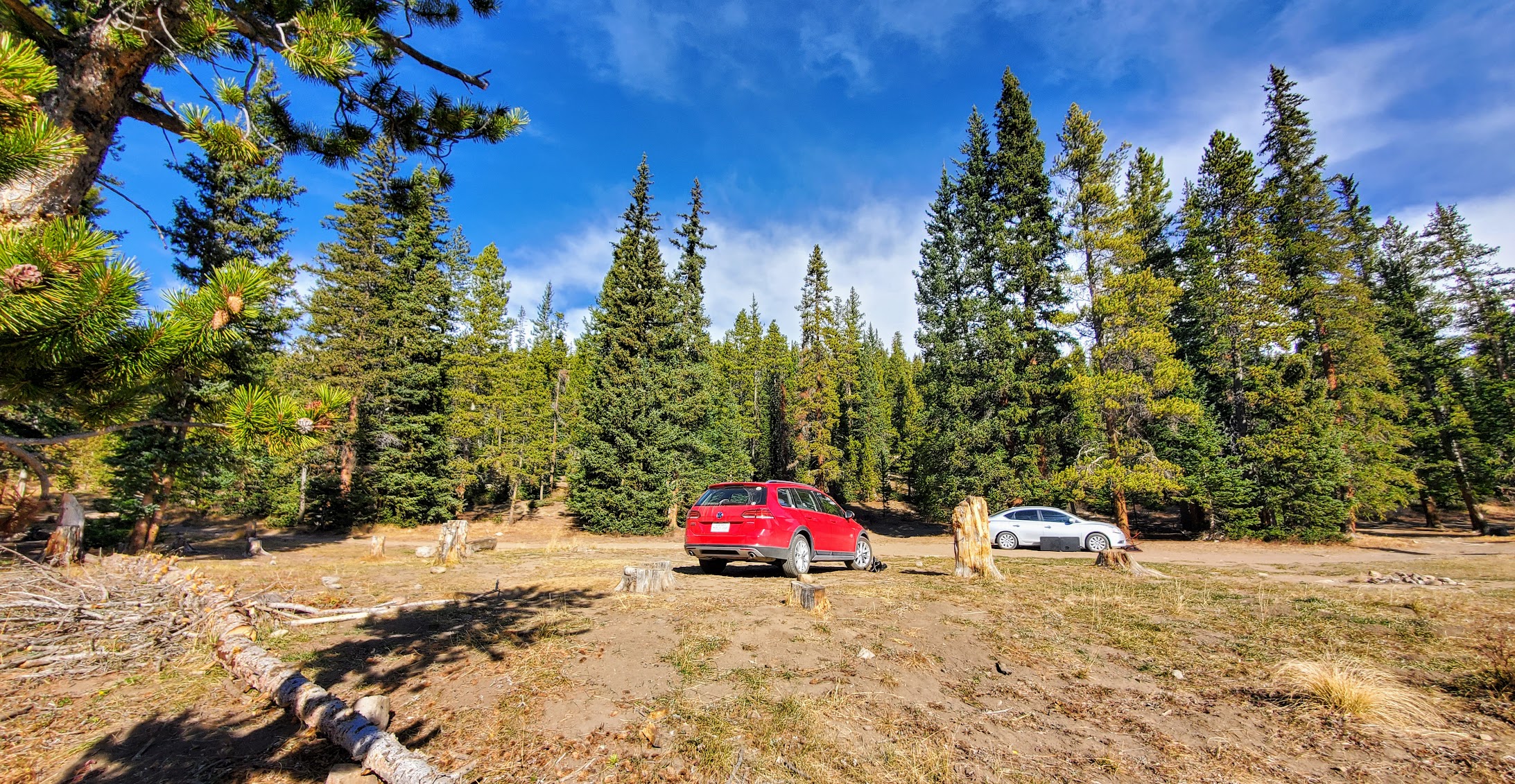 Food was simple enough, I just brought some dehydrated meals, coffee, tea, and snacks. Half an edible makes it easier to fall asleep, and I did sleep surprisingly well given the wind. The car insulated a lot of noise and stayed fairly warm. I have a Nemo Disco 30 and a Sea to Summit Thermolite Reactor, which claims to add an additional 14F of insulation, and certainly seemed to. Were it no so windy, it probably would have been much more pleasant, and I would have considered sleeping in the tent.

At the same time, it was really nice to have the sunshade open on the panoramic sunroof to look out at the stars. I haven’t beeen that far from city lights in a while, and my god, it’s full of stars. I don’t mind waking up in the middle of the night quite so much when the view is that spectacular.

Our campsite was a stone’s throw from the French Gulch #520 trail. Andy, his friend Ethan, and I all headed up towards the pass. It was pretty windy on the way up, but the movement kept us warm. I’m surprised I did so well with just a base layer and a fleece, but I did end up a little wind-chapped once all was said and done. 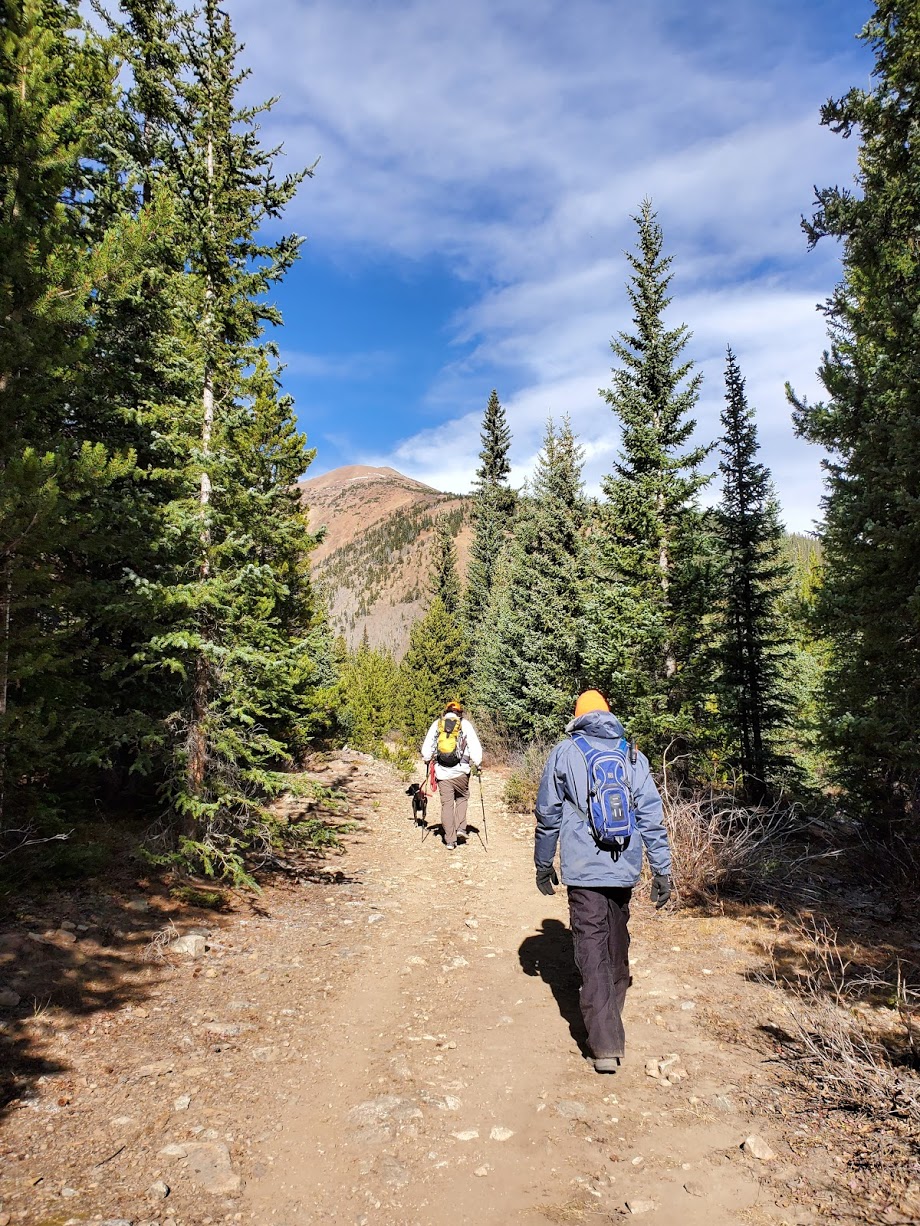 Ethan wasn’t feeling great, so he made his way back down around the halfway point. Andy and I pressed on. The trail wasn’t too busy for a Saturday, there were some people flying a drone (not allowed!!) and some couples and families making their way. We got to Old French Pass to layer up and so I could stop and use the faciliwillows. Above treeline, there are no facilitrees…so you have to hide in the scrub instead. 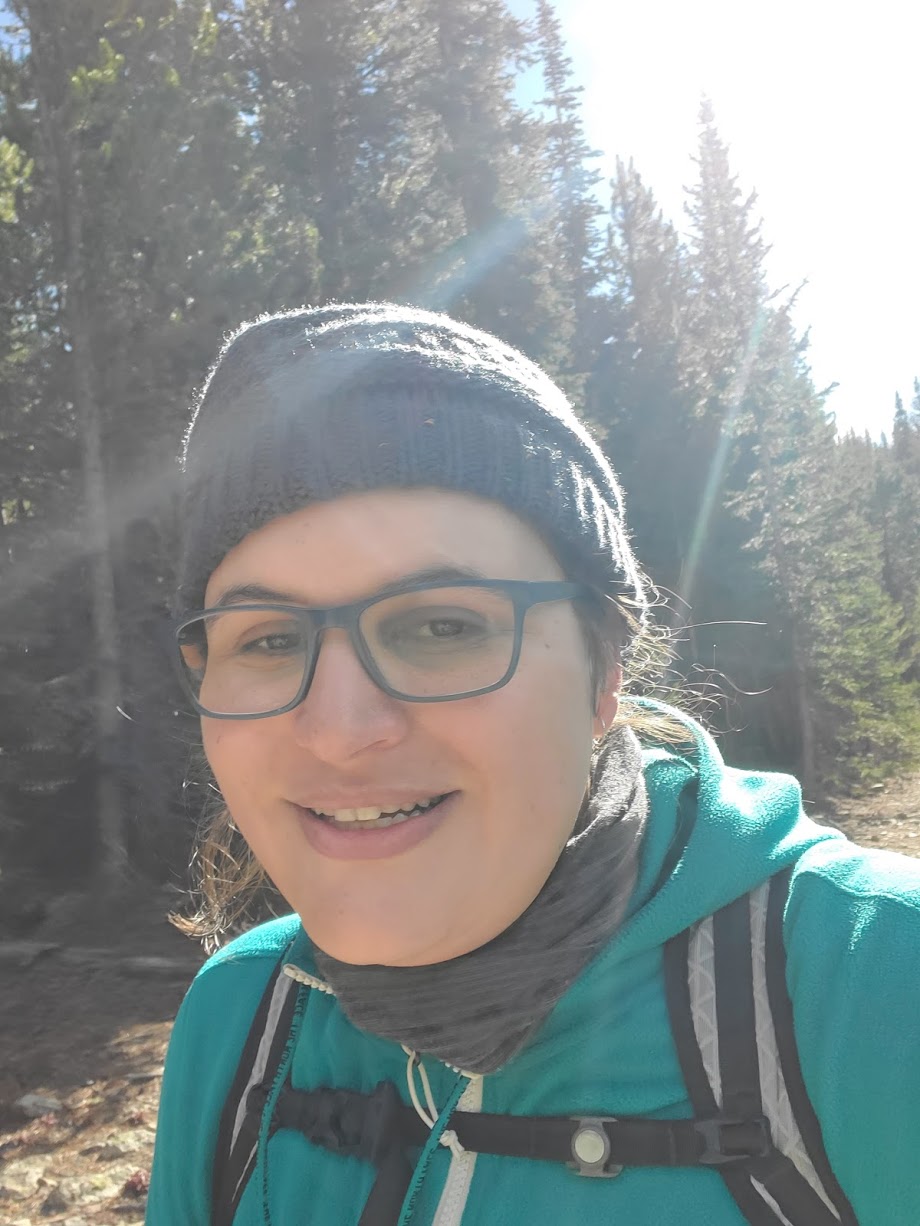 The trail peaks at the pass at just over 12,000 feet and continues down towards Breckenridge. You can barely make out the ski runs way in the distance of the photo below. The wind was a constant companion, but the pass? The pass was probably 40mph sustained. We added our rocks to the marker and made our way down a bit for a snack. I had “fish tacos,” a tortilla with cheddar, hummus, and tuna. Delicious. 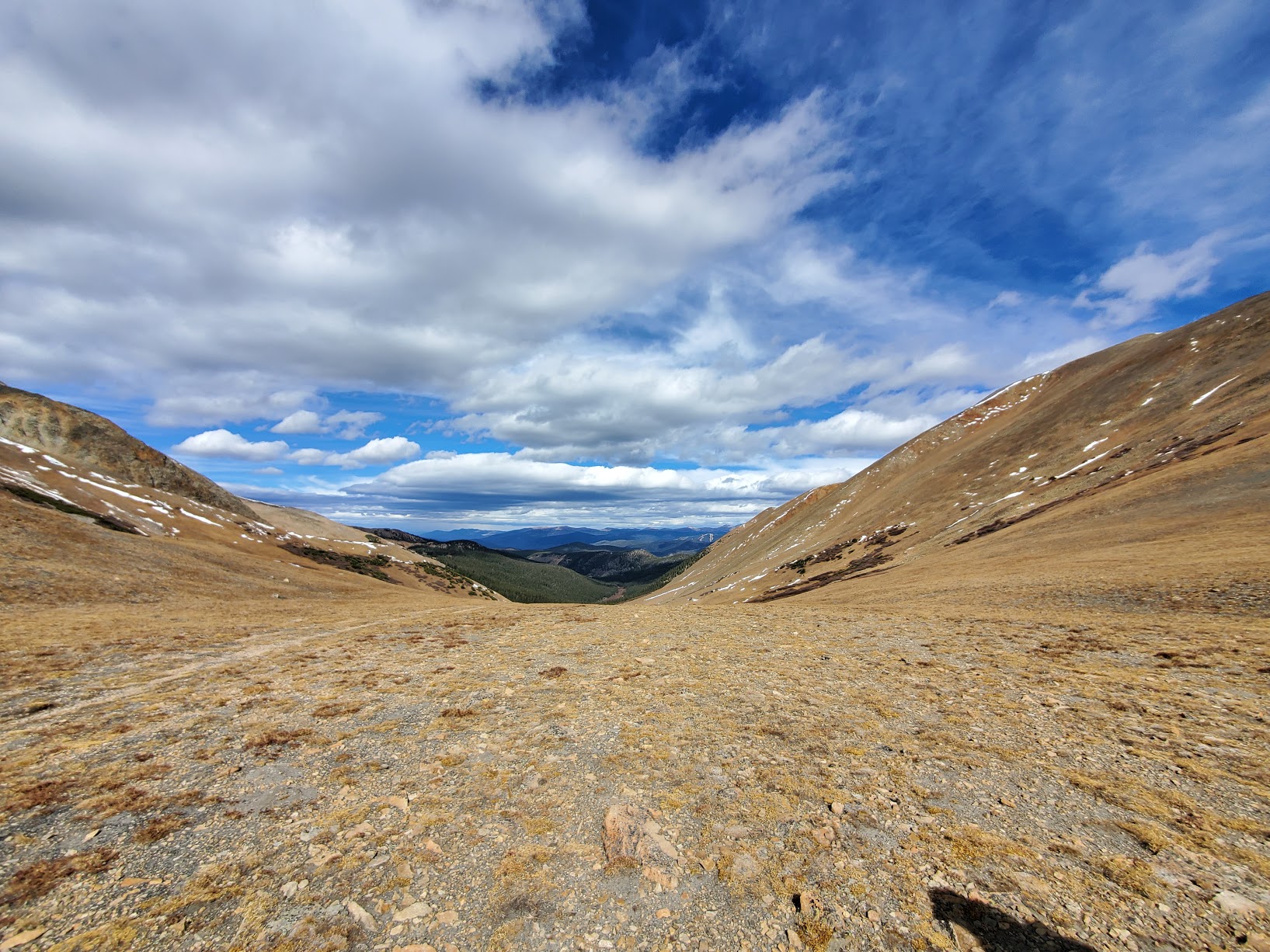 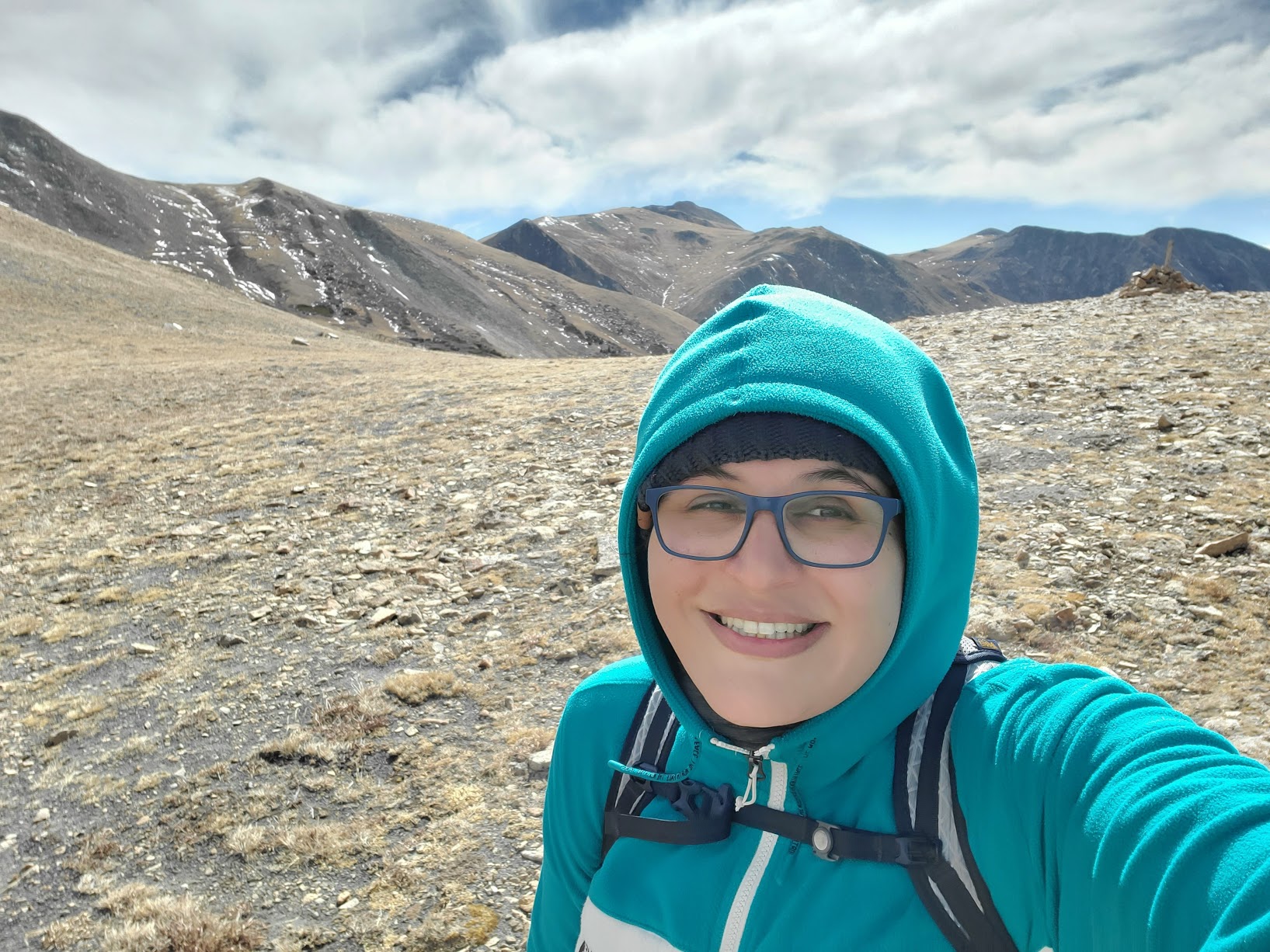 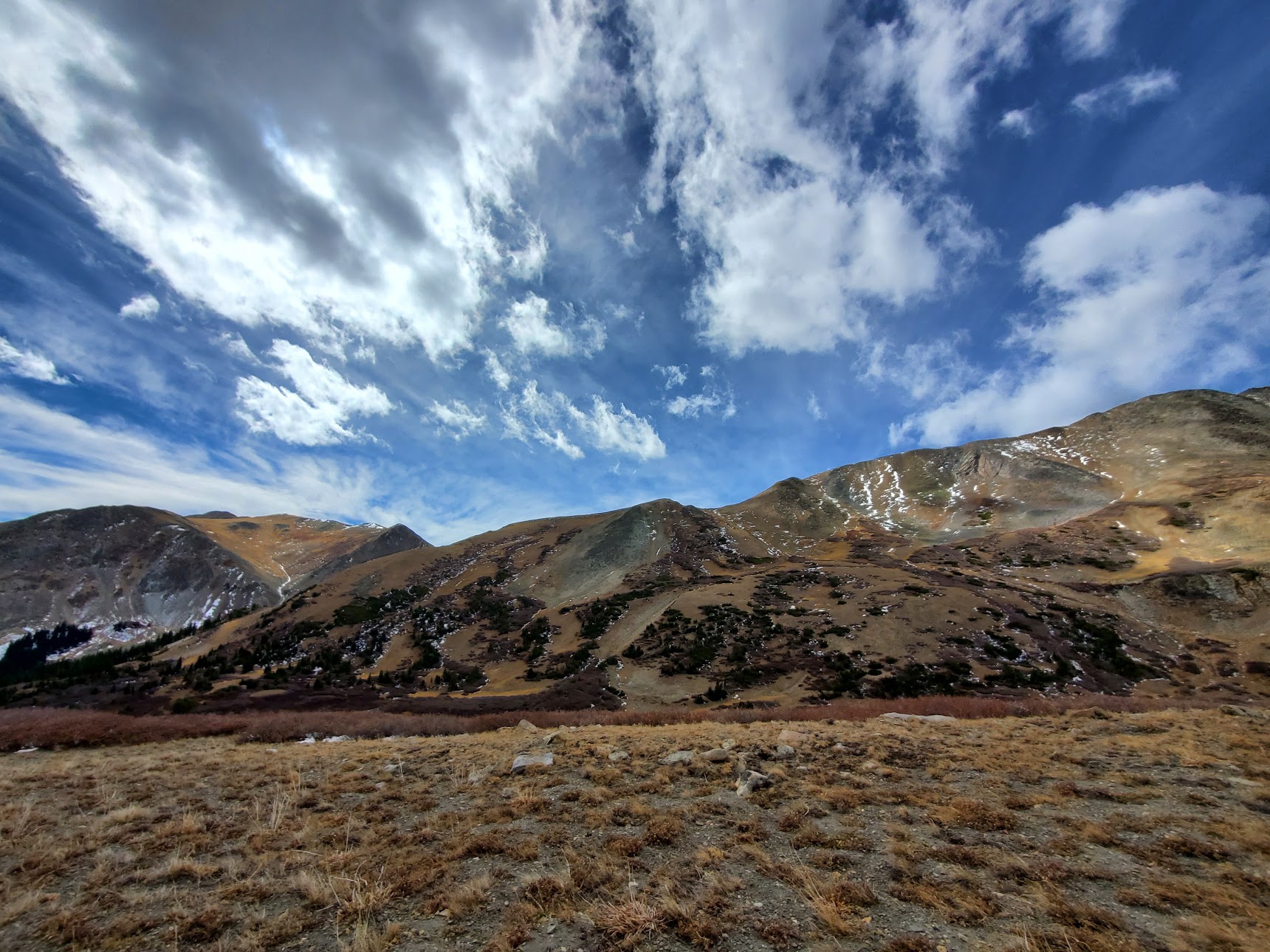 I really like hiking. I’m less enthusiastic about camping, although just getting a chance to sit, stare at trees, and bullshit with good company is extremely soothing to the soul. It’s also really nice in shoulder season when the loudest & most obnoxious campers (and bugs) are gone. I think I view camping as a means to get to more distant trailheads, but with each trip I change and improve little bits of my routine. Cold weather camping was certainly a new experience, and it was something I enjoyed, enough to consider winter camping (in a cabin/10th Mtn hut) in the coming years. I’m hoping to enjoy lots of winter hiking & maybe some snowshoeing this winter, so check back in for more outdoor nonsense!