A quantity of horror films

Some spooks for your eyeballs

(If you just wanna see the horror movies and skip this nonsense, do you a click)

Until I met Juston, I wasn’t all that into movies. Film, even less so. Movies are something you watch on a plane (e.g., the K-ON! movie, no apologies to the people in the seats behind me) but films are artpieces*. There is certainly overlap, though I think older films generally trend towards art or film as a storytelling medium. I think this is in part due to the barrier of entry, and partly due to respect for their audience. Happily, I’m seeing movies trend in this positive art house direction over the past 10 years or so. That, or I’m getting old, cultivating “taste,” and paying more attention.

It would seem that producing a movie with the intent of reaching a wide, general audience is no small task. Movies often must ride a line between return on investment (we talk so often about box office revenue as a measure of success) and artistic vision. Before the advent of cheap film (or digital) you had to be darn well sure that people would pay to watch your movie, and so a compelling story or catchy idea might have led to a higher overall quality product, or simply to serve as an excuse for film degrees to exist.

You lower that bar (which is what capitalism generally does very well, so long as there’s a dollar to be made) and you end up forking the road. I’m certainly oversimplifying here, but there’s a divergence which is probably a named principle in that when things become cheaper to produce, you get more bad shit, but you also get more good shit. Air travel used to be pretty expensive, but now it’s cheap and we have airlines wondering if people will pay a bit less to use a standing seat and then you have Emirates.

And so the same holds true for movies! Directors with artistic vision can go on to produce exactly what they want without compromising their creative control, and huge corporations will pump out formulaic nonsense that people will eat up like the delicious cotton candy that it is while raking in a tidy profit. Usually. Even big-name movies can be a box office flop. Meanwhile, the passion projects and indie films don’t usually reach as wide an audience.

Again, this started to change in recent years, in no small part due to the rise of a24 (chronicled by amandamaryanna on youtube, a very legit essay.) Probably around 2015 or so, when Juston and I were going to the Alamo Drafthouse on a regular basis (and participating in Dismember the Alamo as often as possible) we really took notice of the signature A24 logo ahead of a trailer. It was a sign to pay attention and watch, because whatever they were peddling was likely to be good. We also noticed, a good chunk of the movies they pushed were of the horror genre. And so it kinda began. Juston already enjoyed lots of horror and films, and I was finally getting interested in good stories and bespoke artisian hand-crafted fineries and this slew of A24 titles kinda married the two so nicely that I started to enjoy horror movies.

Enough of this pretentious meta-nonsense though, let’s list some horror movies because it’s late October and it’s a Very Good Season for watching them.

In no specific order

Except for Suspiria whch is #1

These are just movies I like, with some words about them. Other, better writers have reviewed them to death (haha) so don’t take my word for it! Go look ‘em up!

Yes, I’ve seen both, and yes, both stand on their own merits. But I like the 2018 one more, even if it is an Amazon Studios production. 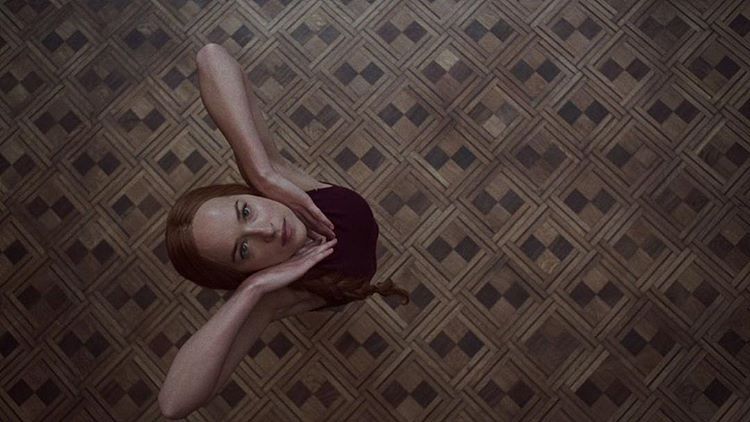 Dance, divided Berlin, witchcraft, Tilda Swinton, and practical effects. Suspiria isn’t exactly scary, but it is unsettling, folky (or Volky?), wonderfully weird, and beautifully shot. Haunting soundtrack by Thom Yorke, with lots of human-originated percussion. Suspiria fits the cross-section of film as art and serious horror. It’s an engaging film, and an homage to the original and to movies of the 70’s. Calling it a period piece is an understatement. From the start it fans out in a handful of directions, each storyline weaving together and wrapping up brilliantly.

There is definitely blood, gore, and mutilation.

A perfect film for when you’re snowed in. 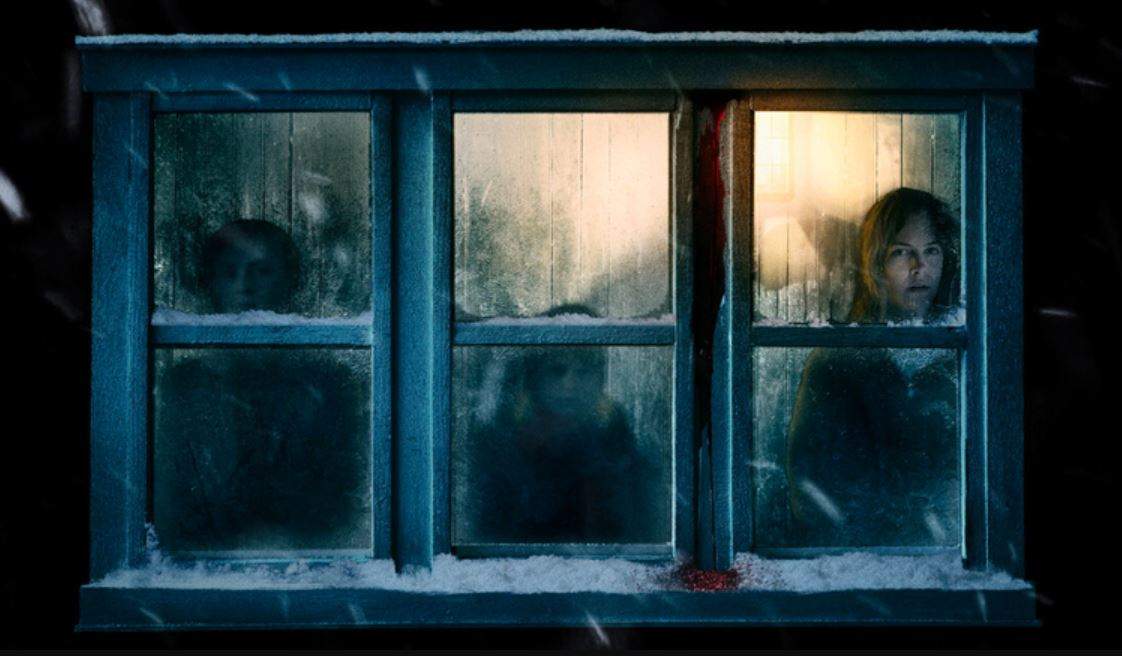 There’s a certain enjoyment to be had in a work that makes you feel you might be going a little bit insane along with it. The Lodge is one such story. It’s set mostly in one location, the acting is superb, the story is spooky and believable. 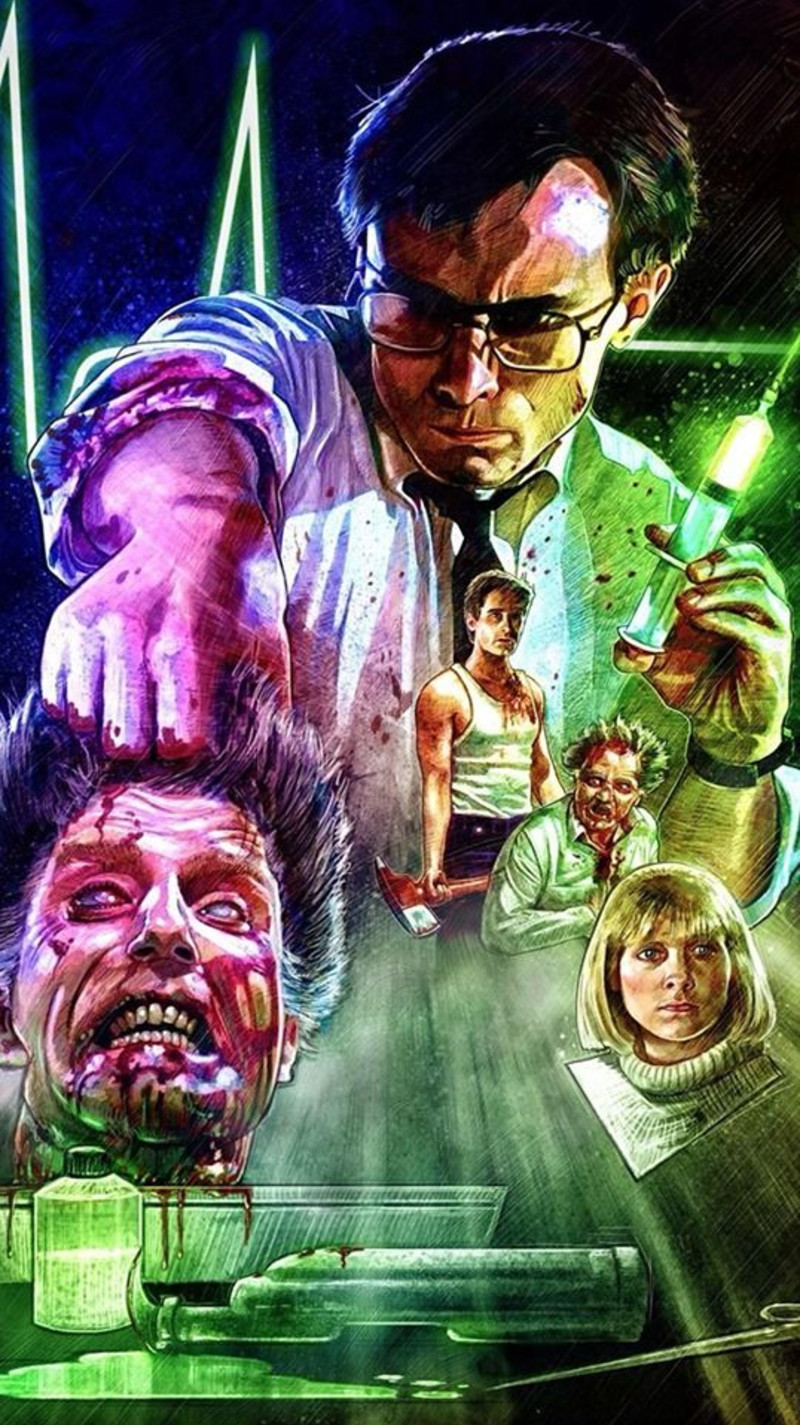 This one is of particular importance to us, as it was screened during Dismember. We got to meet Stuart Gordon (the director) afterwards as he signed posters. It’s absolutely goofy 80’s horror, but it knows it and has a lot of fun while working on a pretty interesting premise. It’s based on an H.P. Lovecraft story (and yes, he is a very shitty person) but this is a Stuart Gordon movie. The sequels are pretty good, but the original is definitely the best.

It’s good, but it’s 80’s and not without its problematic elements.

“A masterful execution, everything the genre should be.” –Justy 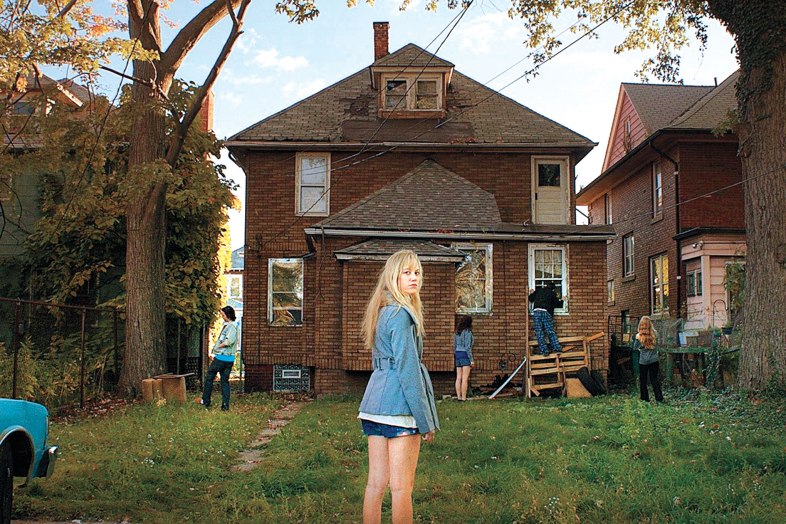 A timeless story on the perils of young romance. Timeless as in, it blurs the march of time within both story and setting. There are some genuinely good scares, and an ever-shifting monster(?) adds unease and suspense. Mostly, it captures the oft-romanticized feeling of aimless youth and uses that as a driving force for horror.

Richard Whittaker of The Austin Chronicle gave House a mixed review, saying that “there’s surprisingly little to recommend House as a film. But as an experience, well, that’s a whole other story.” 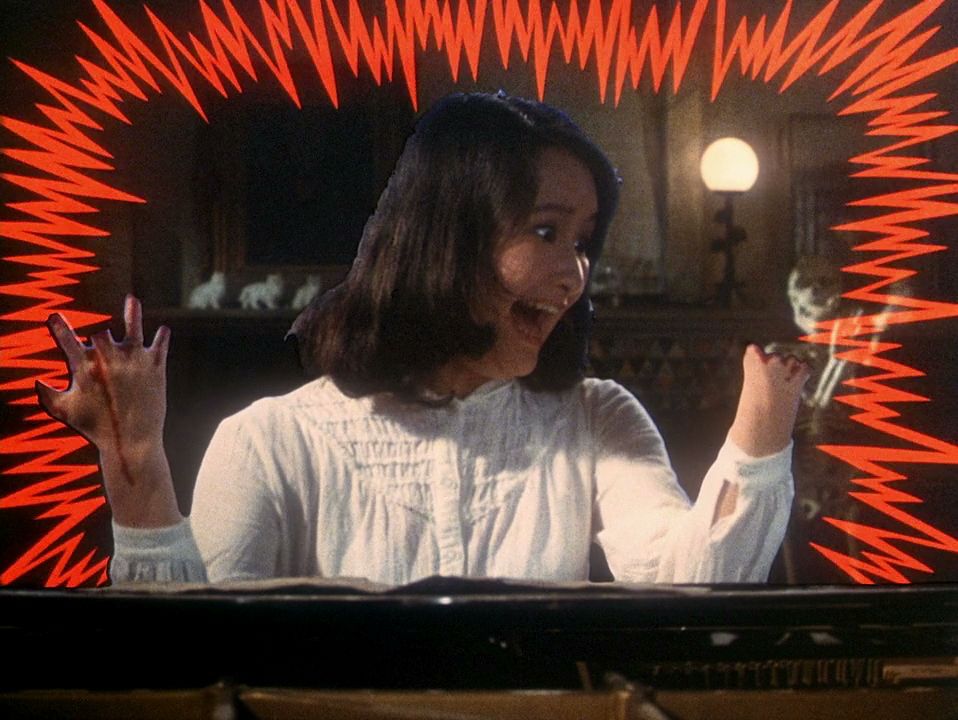 1977 was obviously a banner year for film. House (Hausu) was nothing like I expected, in the best possible way. I think it’s extremely competent as a movie, but hot dog, it’s out there. It’s worth reading up a bit on the story of how it came to be, but even more so, it’s worth a viewing.

In the Mouth of Madness

In which John Carpenter flips the bird at Stephen King. 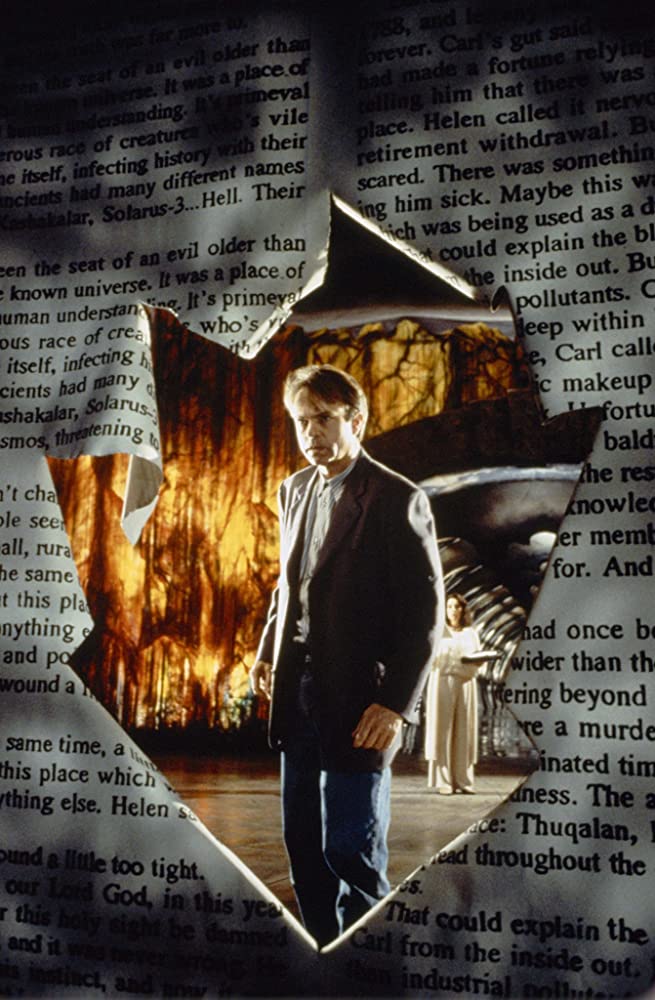 The Thing is in every way a better horror movie, but I hadn’t seen this one until Dismember and my goodness was it refreshing. Apparently it got a ton of bad reviews upon release, but has fared better recently. If you’re sick of the usual Stephen King dreck, this is one to watch.

Bright colors and constant sunshine, the things horror films are made of. Wait. 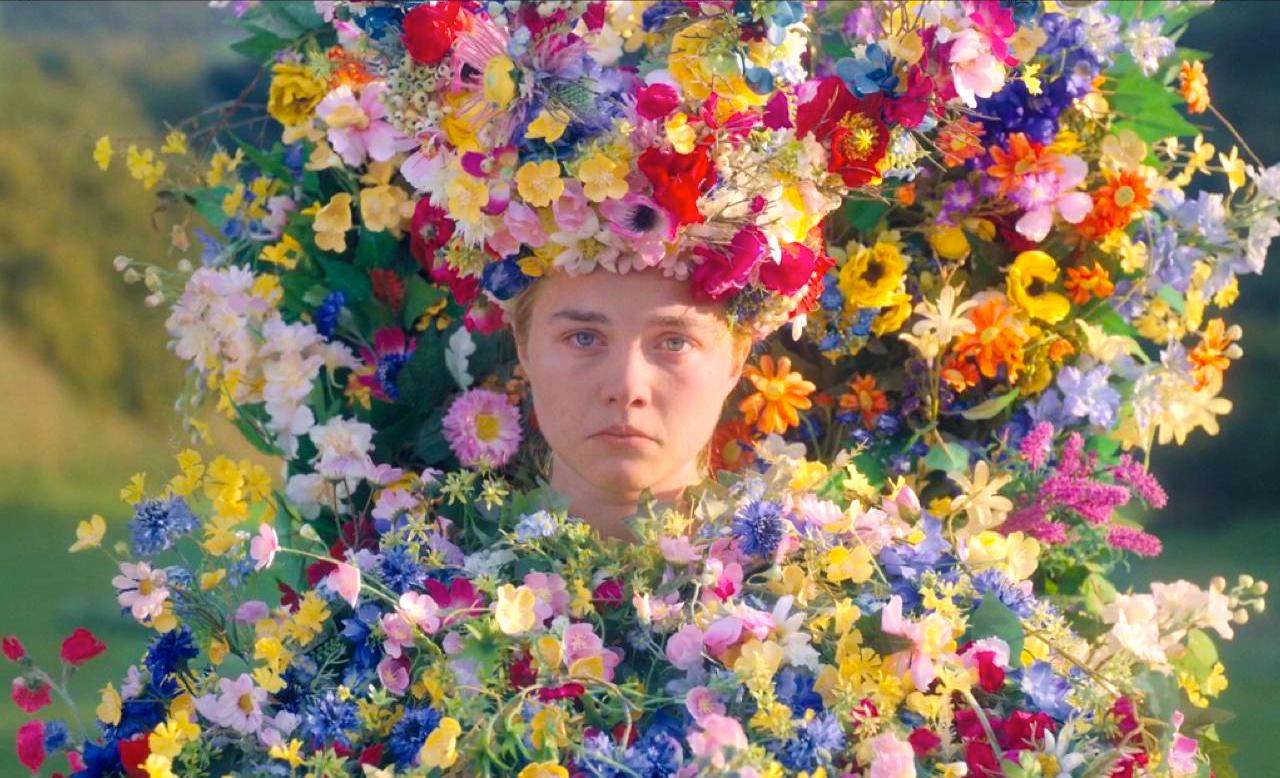 Justy contends that this one kinda blows its load early, I think I enjoy it for the novelty. Maybe a good one for the depths of winter, when you’re missing the sun and the leaves. It’s also just over 2 hours. The AV Club has a really good spoiler-free review. Ari Aster also directed Hereditary, which was curious on the first go-round and rather enthralling on the second. 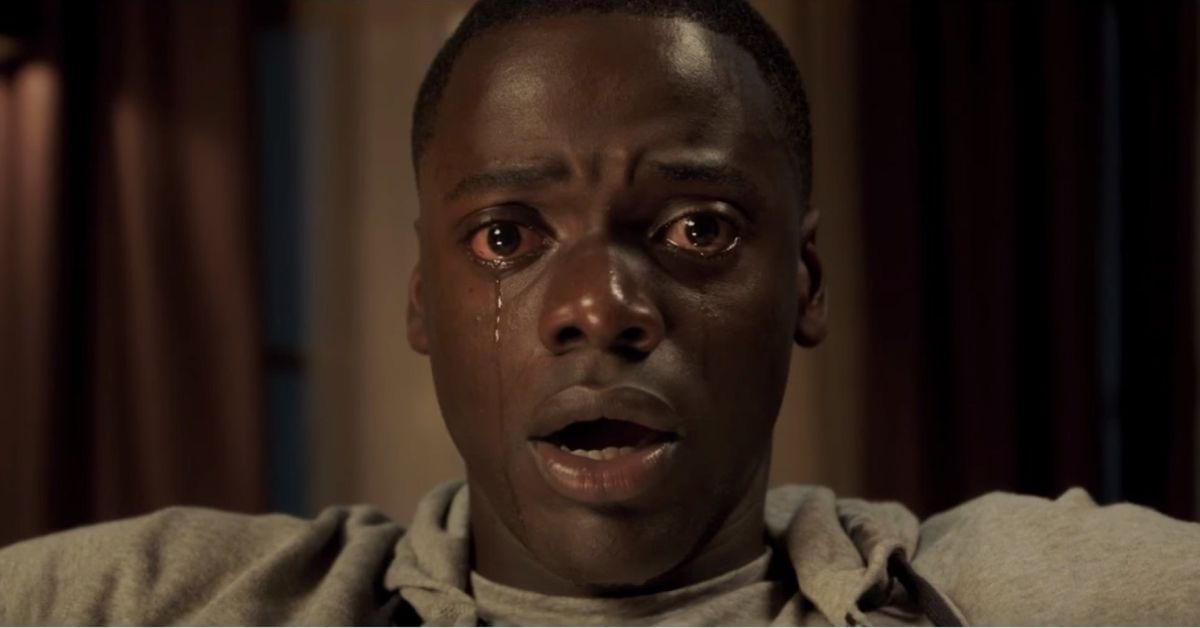 Engaging and thoughtful, Get Out is a pretty unique film. A white girl brings her black boyfriend back home upstate, so it might start out like guess who’s coming to dinner, but it is not. Fabulous shots, an interesting premise, and an absolute bitch of a girlfriend. Bonus points for creating a most punchable character in the younger brother. Kudos!

Remember how I was talkin’ shit about Stephen King just a minute ago? 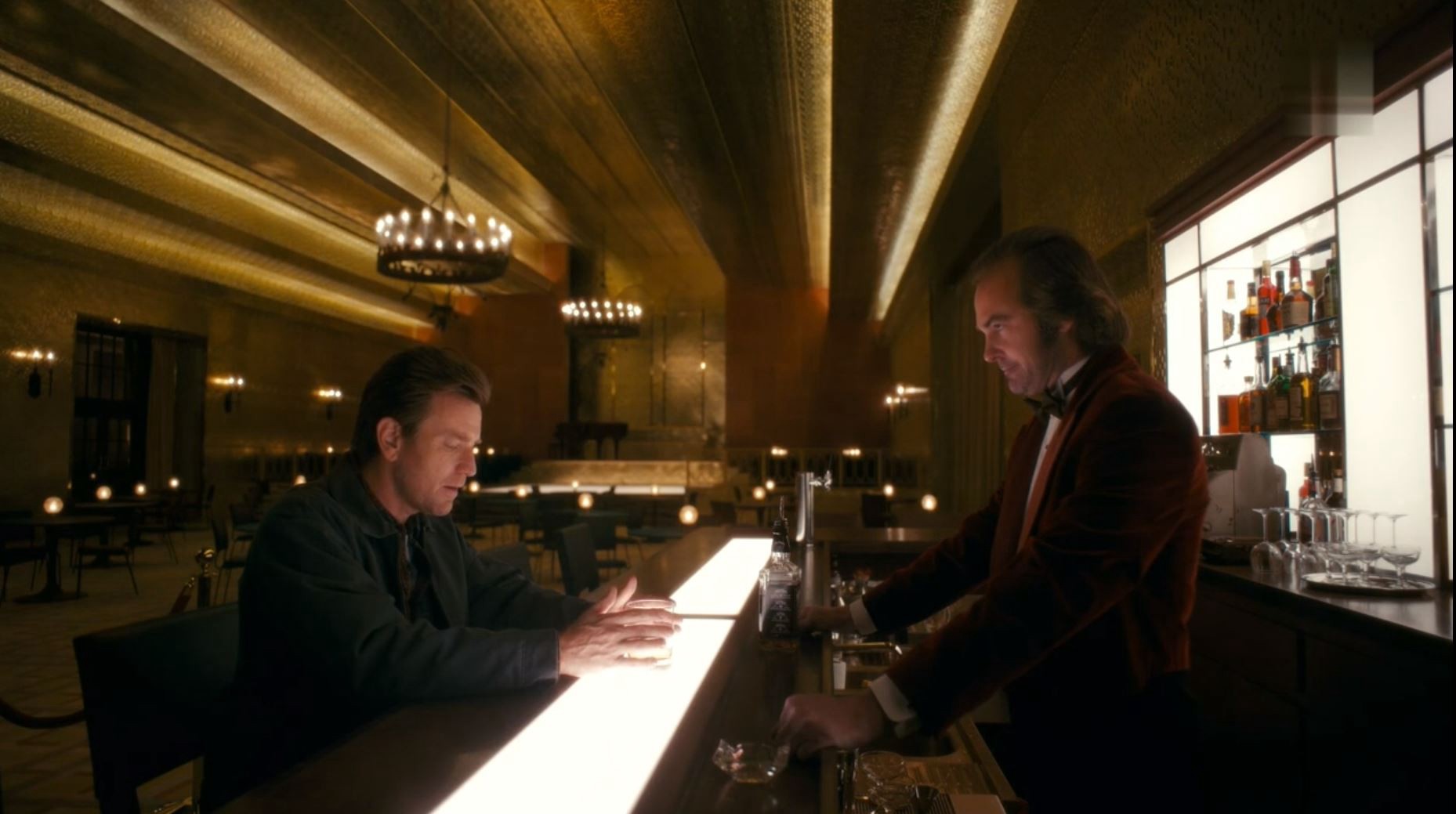 Then again, I didn’t see this as a King movie, no no. This is a sequel to a Kubrick film, based on the King novel. And it was good! It was actually really good. It’s probably one of the more traditional horror movies on this list, dealing with the supernatural and all. I like the contrast of the two protagonists. 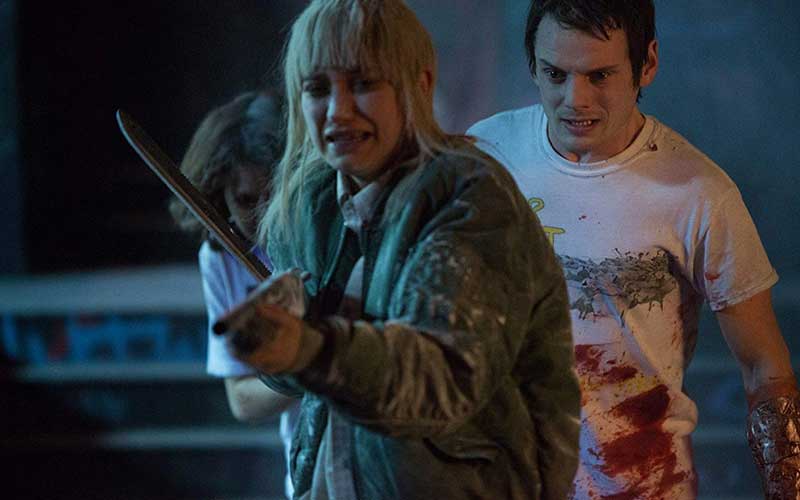 A punk band plays at a skinhead bar and shit goes downhill fast. Give Patrick Stewart a role, and he will slay. Although in this case, he orders the slaying. It’s a one-of-a-kind movie, and especially horrifying in its plausibility. Awesome soundtrack, lots of gore.

Perfect bookend for a backpacking trip. Some still worship the Old Gods, perhaps out of devotion, or perhaps out of fear. The Ritual is extremely unsettling, but definitely plays up the Lost In The Woods trope. Which is fine! The setting is wonderful and the story makes sense. Accidents on backpacking trips are a real worry, but this group gets it wrong and gets into trouble.